Spring 2022 Virtual Series: Why You Should Know About Wharlest and Exerlena Jackson - April 13, 2022

On a February night 55 years ago in Natchez, Mississippi, Wharlest Jackson is believed to have switched the turn signal on his truck, detonating a fatal car bomb that had been placed under the driver-side seat. A Korean War veteran, he served as treasurer of the local NAACP and had been among the first Black men promoted within the ranks of the Armstrong Rubber and Tire Company. His wife Exerlena had begged him not to take the job, but the increase in pay meant she could quit her job as a cook at an all-Black school and focus on raising their five children. While the FBI suspected the involvement of the Silver Dollar Group, a spinoff of the Ku Klux Klan, none of their investigations were conclusive in spite of thousands and thousands of evidentiary documents.

Last spring, Prof. Paula C. Johnson, co-founder of the Cold Case Justice Initiative at Syracuse University College of Law, launched the Wharlest and Exerlena Jackson Legacy Project, a weekend-long online virtual symposium for public junior and senior high school students in Natchez and Syracuse. While honoring the Jackson family’s sacrifice, the event also supports teens in achieving their goals through providing resources and inspiration toward higher education, entrepreneurship and civic engagement. Among the Syracuse Law students collaborating on the symposium is Gabriela “Gabby” Groman, who participated in the Living Legacy Project’s January 2020 pilgrimage through Alabama, Mississippi and Memphis, Tennessee.

Join us for an hour of song and conversation with Prof. Johnson, Gabriela Groman, and Wharlest and Exerlena;'s daughter, Denise Jackson Ford, and son, Wharlest Jackson, Jr., to learn about heroes of the Civil Rights era who are only beginning to receive the honor and recognition they deserve.

If you miss any of the programs in this series, please know that they will be recorded and available for on-demand viewing on our YouTube channel.
REGISTER NOW 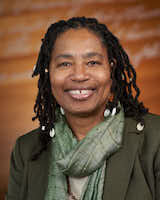 She is a member of the Democratizing Knowledge Collective at Syracuse University, an interdisciplinary collective that works to create just and inclusive spaces at the university and that values knowledge within and beyond the academy. From 2002-2003, she served as co-president of the Society of American Law Teachers (SALT), a national organization of approximately 900 law professors. At Syracuse University, Professor Johnson serves on a broad range of College of Law and University committees, including Curriculum (chair), Promotion and Tenure, Inclusion Council, and International Programs. She is faculty advisor to the Black Law Students Association and OUTLAW (LGBTQ organization). She advises law students’ research, and serves on committees for joint degree students at SU College of Law and other schools/colleges, and serves on committees for doctoral and master’s degree candidates at Syracuse University.

Gabriela Groman was born and raised in Indiana, PA. She attended college at Nazareth College as part of the Syracuse Law School 3+3 program in which she majored in Legal Studies and minored in philosophy. Gabriela spent three years at Nazareth, during which she traveled on a Living Legacy Pilgrimage to visit Alabama, Mississippi, and Tennessee. After three years of undergrad Gabriela went to Syracuse University College of Law where she is a member of the Black Law Student Association, the Cold Case Justice Initiative, the Advocacy Honors Society’s Trial Team, Alternative Dispute Resolution Division, and the Journal of Science and Technology.

​Carlton E. Smith is an ordained minister in the Unitarian Universalist Association (UUA) and a member of the UUA’s Congregational Life Staff for its Southern Region. He was one of the original five members of the Organizing Collective for Black Lives of Unitarian Universalism (BLUU), an activist renewal movement within that faith tradition. A native and resident Mississippian, he’s twice been a candidate for elected office — US Congress in 2018 and State Senate in 2019. He is the son of Eddie Lee Smith, Jr. and Luberta Elliott Smith, the first Black Mayor and First Lady of Holly Springs, Mississippi (1989-2001). He takes seriously his inheritance from Mississippi Civil Rights pioneers such as Ida B. Wells-Barnett, Medgar and Myrlie Evers, Fannie Lou Hamer and Vernon Dahmer. He feels most fulfilled when engaged in endeavors that carry their life-saving work forward.