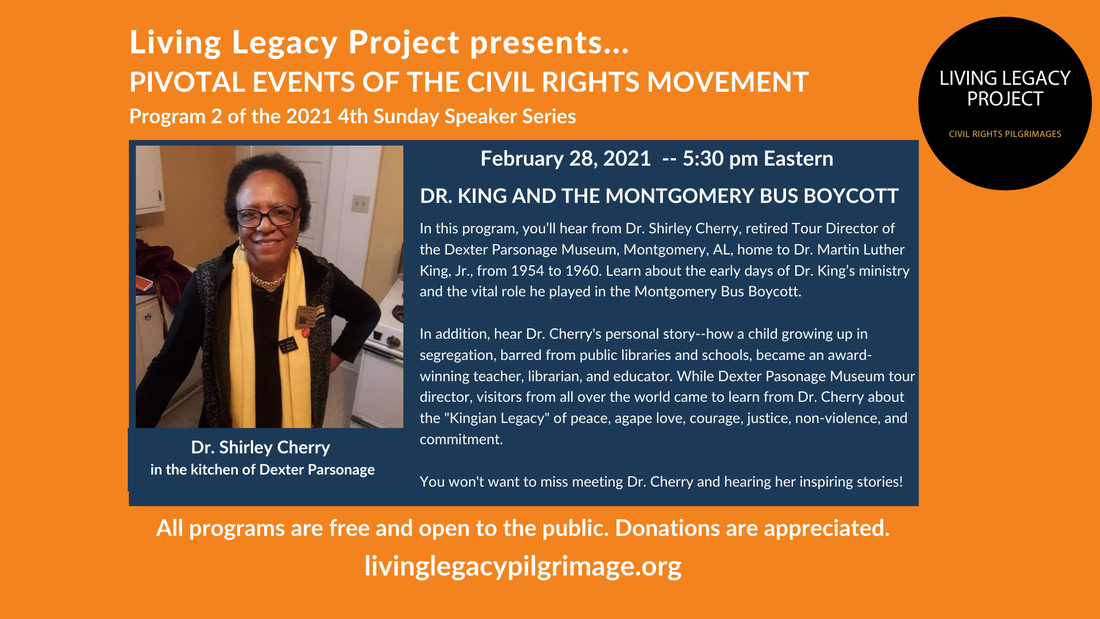 Speaker Program 2: Sunday, February 28, 2021, 5:30-6:30 pm Eastern
Speaker: Dr. Shirley Cherry
Moderator: The Rev. Dr. Gordon Gibson
The Montgomery Bus Boycott officially began on December 5, 1955, four days after an African-American activist, Rosa Parks, was arrested for refusing to surrender her seat to a white person. The boycott, which was originally supposed to be a one-day event, lasted for over year, as Black residents of Montgomery walked to work instead of taking the bus and eventually organized a complex system of carpools to help Black residents to get to where they needed to go. A local ministers group selected the new, young minister of Dexter Avenue Baptist Church to lead the Montgomery Improvement Association, the organization tasked with organizing the boycott. Through his successful leadership, the Rev. Martin Luther King, Jr. became the voice of the growing civil rights movement throughout the South.

In this program, Dr. Shirley Cherry, retired Tour Director at Dexter Parsonage Museum, will take you into the parsonage where the King family lived, and to the kitchen where Dr, King has the most profound spiritual experience of his life. No one tells that story like Dr. Cherry!

In addition, hear Dr. Cherry's personal story--how a child growing up in segregation, barred from public libraries and schools, became an award-winning teacher, librarian, and educator. While Dexter Parsonage Museum tour director, visitors from all over the world came to learn from Dr. Cherry about the "Kingian Legacy" of peace, agape love, courage, justice, non-violence, and commitment.

You won't want to miss meeting Dr. Cherry and hearing her inspiring stories! 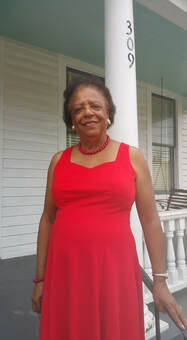 Dr. Shirley Cherry on the porch of 309 S. Jackson St, Dr. King's home in Montgomery, AL,
Dr. Shirley Cherry is a retired English teacher/librarian who taught in Alabama, Georgia and Rhode Island. She graduated valedictorian from Dr. Ralph J. Bunche High School in Canton, GA. She holds degrees from Tuskegee Institute and the University of Rhode Island (URI). On May 17, 2015, URI awarded her its highest honor, the Honorary Doctor of Humane Letters for her life's work. She served as Chair of the National Education Association's (NEA's) Resolutions Committee and as Secretary of NEA Rhode Island. In spite of the fact that as a child segregation barred her from attending public libraries and schools, she mentored 12 student-teachers, who were working on MLS degrees, 11 of whom were white. 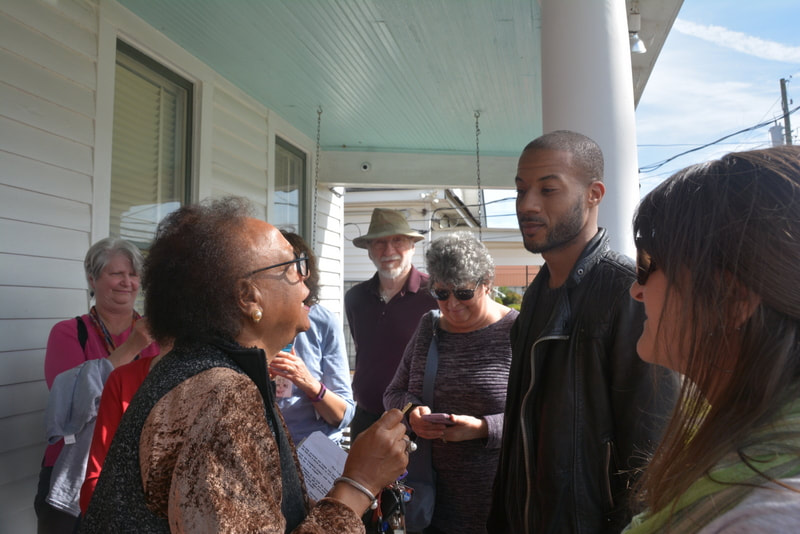 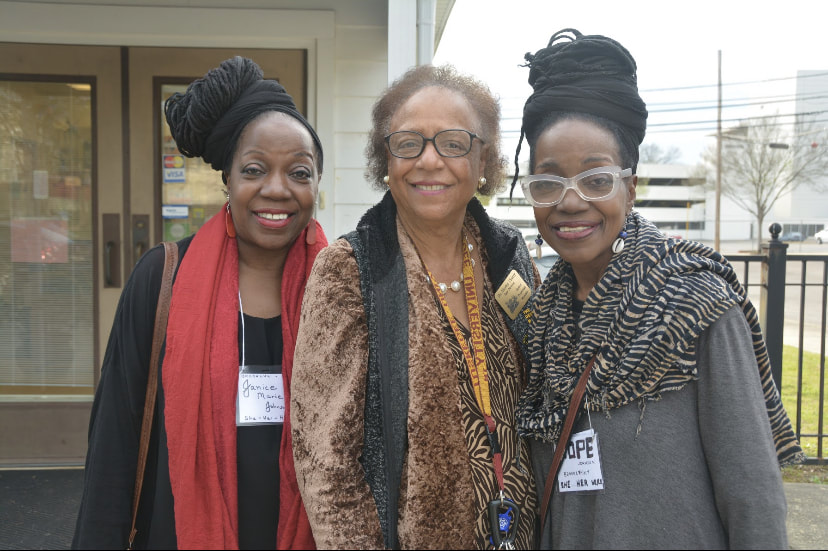 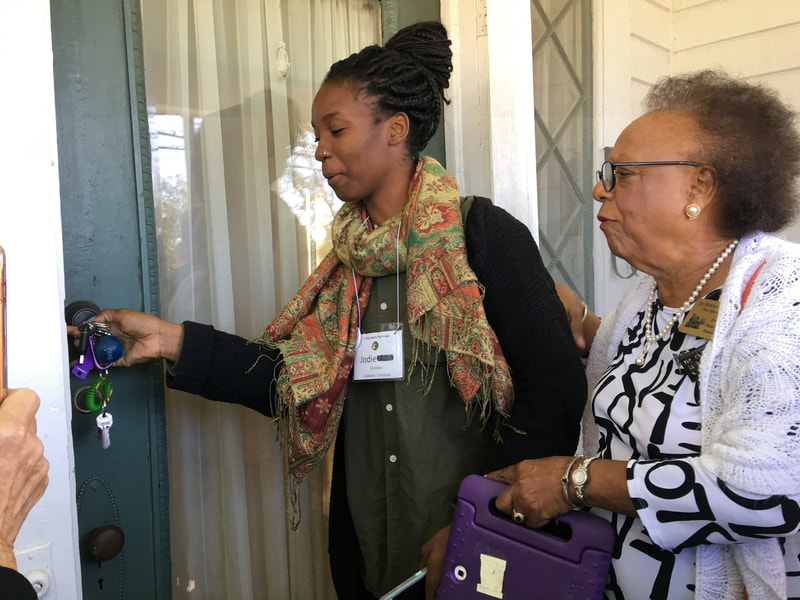 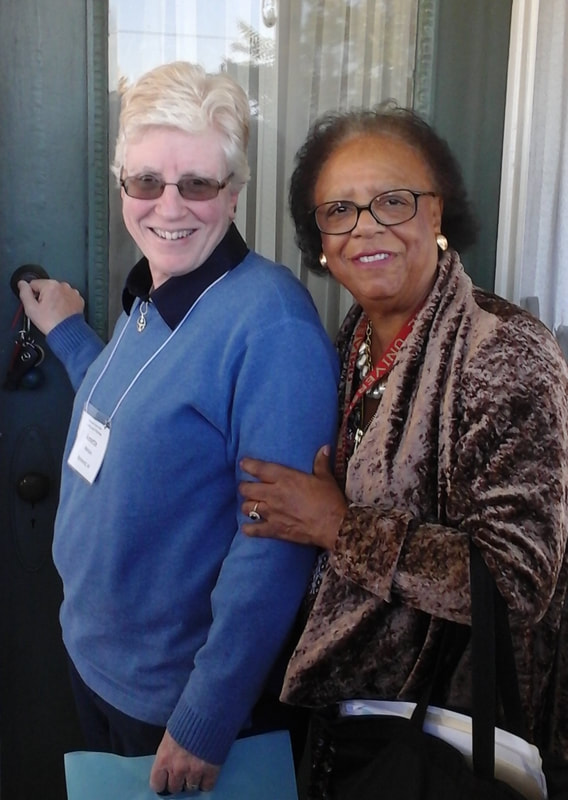 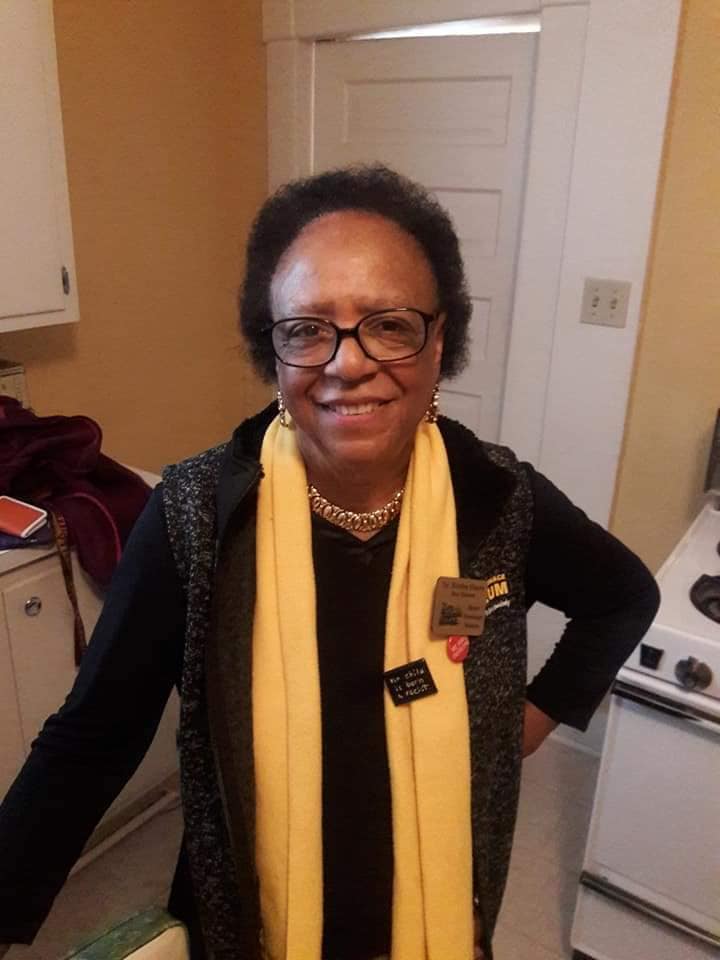 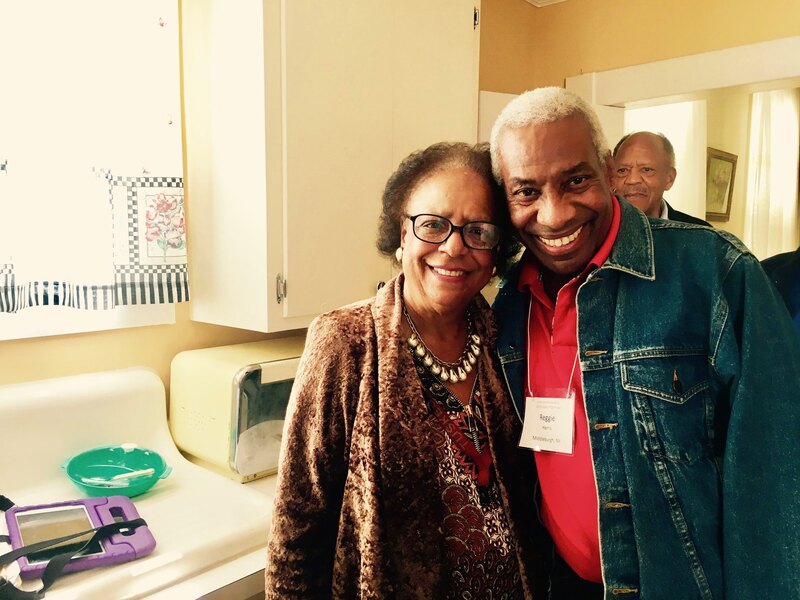 Seeing Dr. Cherry at Dexter Parsonage Museum was always one of the highlights of the Living Legacy Pilgrimage.
Top Row L-R
1. Dr Cherry handing Erik Mohn the key to Dr. King's home, emphasizing to him what a privilege it is to open that door!
2. Dr. Cherry with Dr. Janice Marie Johnson and the late Rev. Dr. Hope Johnson, two of the LLP founders.
3. Jodie Geddes opening the door to Dr. King's home with Dr. Cherry's encouragement.

Bottom Row L-R
1. Annette Marquis, one of the LLP founders, poised to open the door to the parsonage, with Dr. Cherry.
2. Dr. Cherry in Dr. King's kitchen, where he has his 'Epiphany," his most profound spiritual experiences that told him that he was "ready to face anything."
3. Dr. Cherry with Reggie Harris, LLP's Co-President and Music Education Director in Dr. King's kitchen.

DONATE
All programs are free. Donations will be accepted to support the phenomenal guest speakers/musicians participating in the series and the ongoing work of the Living Legacy Project.