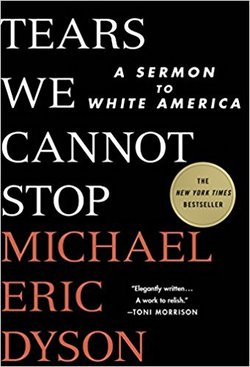 It may be best to think of reparation as a secular tithe, a proportion of money and other resources set aside for causes that are worthy of support. You can, as an individual or as a small group, set up an I.R.A., an Individual Reparations Account. There are thousands upon thousands of black kids whose parents cannot afford to send them to summer camp or to pay fees for a sports team, or to buy instruments to play if they attend one of the ever-shrinking number of schools that has a band. Their parents cannot pay for tutors for math or science or English or whatever subject their kids need help with. An I.R.A. would work just fine. You can also pay a black tax, just as black folk do. The black tax refers to the cost and penalty of being black in America-of having to work twice as hard for half of what whites get by less strenuous means. You can help defray the black tax by offering black tax incentives: if a black accountant is doing a good job for you, assume a surcharge and pay her more. If a black lawyer performs good service, then compensate him even more for his labor. You can also treat some black folk to a few of the signs of appreciation you offer to military veterans. For instance, at football games, there ought to be a "civil rights veterans" night to recognize the valor, honor, and sacrifice of those who made this country great-living legends like Andrew Young, Diane Nash, Jesse Jackson, John Lewis, and Eleanor Holmes Norton. As part of an I.R.A. you can also pay for massages for working class folk. You can choose five black children to sponsor on an annual trip to the local zoo. You can begin a film club for black children to attend movie theaters in more affluent areas where they might also enjoy a trip to the museum. Or you can pay for the textbooks of ten black college students each year. The point is to be creative in transferring a bit of your resources, even if in modest amounts, to deserving and often struggling descendants of the folk who gave this country its great wealth and whose offspring rescued its reputation for democracy.